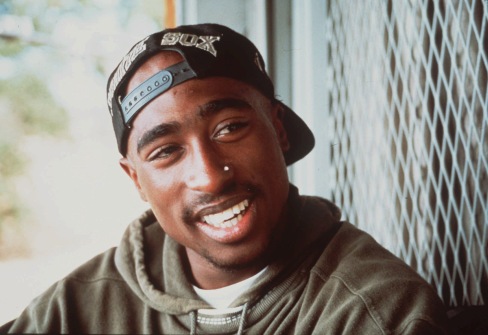 Hope everyone had an amazing weekend and blessed Father’s Day. Shout out to all the Dads  … especially mines. Hey Papa Fletcher!

Anywho, if you saw the caption above, then you know this post is dedicated to the poet  Tupac Amaru Shakur. Just like everyone else who went out in droves on Friday to see the highly anticipated biopic film of Tupac: All Eyez on Me, I did too. The movie was directed by Benny Boom and featured actor Demetrius Shipp Jr., who portrayed the rapper and might I add … did a damn good job. Shout out to those two! The movie was everything I expected and wanted it to be. So, thank you!

DISCLAIMER:  This is my humble opinion and PERSONAL takeaway from the film.

Now that I got that out of the way … let’s carry on.

This film has gotten a lot of mixed reviews and as per social media never-ending amounts of memes and commentary. If we can put aside for a moment all those thoughts like Mrs. Jada Pinkett Smith being upset that her relationship with the poet was portrayed incorrectly or that some of the characters in the movie didn’t closely resemble the real people, or the fact that you just simply detested how Tupac’s life was depicted, then you can actually see there was some goodness that came from this film. I was rather inspired. At the end of the film, quite impressive statistics of the poet were displayed on the screen and the part that really rocked me was that he was so young when he accomplished all of it.  At the age of 25, he was gunned down in Las Vegas leaving behind a catalog of movies and music that is still relatable 20-something years later.  That very thought sent me into reflection — not on what I accomplished in my 27 years of living, but what I could do to be better. Tupac was no different from you and I. He had the same 60 minutes to an hour, 24 hours in a day, 7 days in a week, 365 days in a year to hustle and he did just that!

I say all that to say …. go out support and see the film, but most importantly be inspired. Don’t worry about all the commentary that are minuscule in the grand scheme of things. What nobody can take away or be portrayed in a film was the FACT that poet, rapper Tupac Amaru Shakur  was a true hustler and man well ahead of his time. He has receipts!

Rest in Peace and God Bless the poet we all know and love Tupac Amaru Shakur. May your music, movies, and work aesthetic continue to live on and inspire!

Enjoy my FAVORITE song and video and might I point out all the inspiring graffiti walls. Drop a comment below and tell me if you notice all the great slogans, quotes and murals.