I am back with the third column for Bri’s View, and let’s just call this one Rapper’s Delight (For obvious reasons) LOL! Just last week ya girl slipped out of the country for a very impromptu vacation across the pond to London, England. I had the best time ever, and my trip was even better when I had the pleasure of listening to London’s BBC radio 1xtra EVERY.SINGLE. DAY. You know what that means… right? I have some bomb ass artists to plug ya’ll to, so let’s jump right into it, let’s get it!

Giggs-  His name may sound familiar and it should. Giggs was the British rapper that was featured on Drake’s 2017 More Life album (“No Long Talk and KMT). Drake isn’t the only rapper that we know and love that’s rocking with Giggs. Posted from his official Instagram page; Giggs and super music producer Swizz Beatz is dropping some flames really soon! I can’t wait to hear it… talk about MAJOR!

Stefflon Don- This UK boss got our attention when she snatched our edges with her break out single “Hurtin Me”, which featured rapper French Montana. Stef recently dropped her mixtape which paid homage to the Queen Bee, Lil Kim. She’s defintley one to watch and with Quality Control Music Group in her corner- she’s on the rise to stardom!

Jay Prince- He is so MAJOR. I absolutely love his music! Jay Prince hails from the UK, but his flow is very LA! He dropped his newest project “Cherish” this year and as per usual, it’s a banger from top to bottom. Do yourself a favor and scurry on over to Apple Music and download ALL his albums!

808 Ink- Rapping duo from Southeast London is a problem! My favorite album by this duo “Hungry” is solid. Go check it out! 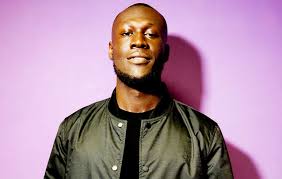 Stormzy-  Last but certainly not least; the man, the myth, the legend! I had the chance to see him perform here in Philly at the Made in America music festival last year and he killed it! He dropped his debut album Gang signs and Prayers in 2017 and it went straight to number one on the UK albums chart. He’s definintley a legend in the making. Get acquainted!

As always a huge thank you for rocking with me and enjoy the playlist!